Bowral Co-op is a local, community-based provider of stock feed and pet food, rural merchandise and retail merchandise in the Southern Highlands region of NSW.

History of the Bowral Co-op 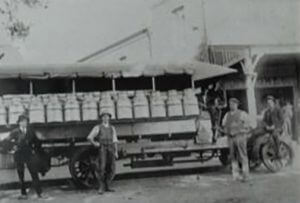 The Bowral Coop Story began over 90 years ago and has a history of serving customers in the Southern Highlands of NSW. It was formed in 1926 to initially produce butter and whole milk in the district. Following changes and rationalisations in the dairy industry, Berrima Co-op withdrew from dairy production and milk transportation by 2000.

Rural Co-operatives were created for the benefit of their members, and at first membership was only open to dairy farmers who supplied milk to the Co-op. Later the Co-op began selling stock feed and and then expanded it’s retail operations to supply farmers, town-folk, trades people and gardeners, who were then allowed to become members.

Bowral Co-op (Trading) had been formed in 1972 to operate the retail business and it expanded in the early 2000s to cater to changing demographics and land use in the area. In 2016 the retail store was upgraded to provide more space to expand our product range and improve the Customer experience. In 2018 the Coop added the Saddleworld franchise to its retail store and this has proven to be highly successful with an ever growing Equine industry in the Highlands.

Bowral Co-op is a community based cooperative which supports numerous local charities, sporting organisations and community groups though out the Southern Highlands.

Today Bowral Co-op welcomes all members of the public as customers, from town-folk to property owners of all sizes. Regular customers can also become members and take advantage of extensive membership benefits across a huge range of products.

DELIVERY ORDERS TO BE PLACED BY 2.30PM THE DAY PRIOR TO THE SCHEDULED DELIVERY